Follow us on Social Media and Bookmark the Dunkin' Latte Lounge for updates on performances, photos and more chances to win! 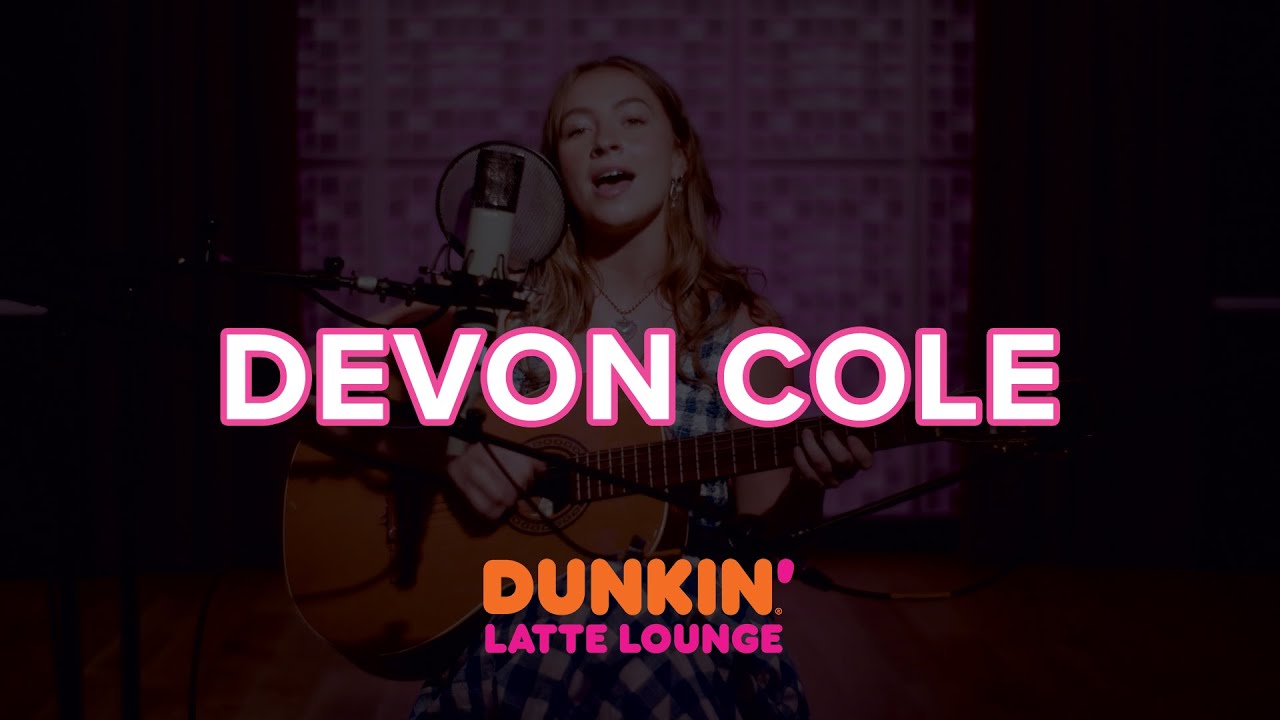 Denver native Kelsi Davies is establishing herself as a multi-talented quadruple threat in the entertainment industry. The singer, social media influencer, dancer, and actress first gained notoriety with her YouTube Channel which showcased her love for the paranormal. The highly successful channel, which has amassed over 460,000 subscribers, led her to expand her creative endeavors to TikTok. Her entertaining and insightful videos, which often feature her haunted doll Lola, have earned her a devoted fan base of over 4.4 million followers and over 103 million likes on the platform to date. [...] Read More

When she’s not busy creating social media content, Davies loves to sing. She has showcased her talent with the singles “Santa Honey,” Heartbeats,” “Done,” and “Darker.” The songs were written and produced by London-based Comanavago and are available to stream now.

Davies is also a psychic medium who recently discovered that an ability to connect with spirits on the other side runs deep within her family. She is committed to using her gifts for good by helping people connect with their deceased loved ones.

A proud member of the LGBTQ+ community, Davies aims to use her platform to encourage and inspire others to be their true, authentic selves. She also loves giving back through her support of Stand Up To Cancer and Miley Cyrus’ Happy Hippie Foundation, which provides resources to homeless and LGBTQ youth as well as other vulnerable populations. Davies currently resides in Los Angeles.

Since releasing original demos on his YouTube channel at the age of 15, Conan Gray has emerged as one of the pre-eminent pop superstars of his generation. Even after the commercial success of global multi-platinum hits “Heather” and “Maniac”, his music continues to maintain its unflinching authenticity and originality. Gray’s debut album, Kid Krow, crafted by Gray and longtime collaborator and producer Dan Nigro, reached #5 on the Billboard 200, #1 on the Billboard Pop Albums chart and became the biggest new artist debut of the year. In the summer of 2020, when “Heather” topped charts around the world, Sir Elton John publicly praised Gray for being the only artist on the Spotify top 50 to have written the song entirely on their own. With over 7 billion streams, Gray has attracted unanimous applause from a who’s who of tastemakers including Vogue, GQ, V Man, Paper, Fader, Billboard, NPR, MTV, I-D, Wonderland, Clash, Notion, and has delivered rapturous performances on television shows such as Late Night with Seth Meyers, The Late Late Show with James Corden, and The Today Show. Gray’s much anticipated sophomore album is set for release June 24th, 2022.

Born in Phoenix, AZ and raised in Glendale, CA, David discovered his passion for music at the young age of 6. He knew he wanted to perform and sing at his very first audition for a local theater company, where he landed one of the lead roles. As a teenager, he began writing and recording his own music to then later take the leap and move to Hollywood and pursue his singing career. [...] Read More

Prior to his success on American Idol, David was part of a singing group called “Vinyl Four” performing on cruise ships and had performed with the Latin/R&B bands “Tribe 7” and “Straight up”. David counts Stevie Wonder, Ne-yo, Donnie Hathaway, Alicia Keys, Luther Vandross & Michael Jackson amongst his top musical influences.

A true self-made artist with the potential to transcend any genre, David is a force to be reckoned with. He quickly gained national attention with his dynamic voice and affable personality as a Top 12 Finalist of FOX’s seventh season of American Idol in 2008. Soon after, he began touring around the world preforming and producing his own music. David’s most popular song “Beautiful” gained recognition reaching the Top 100 of the Billboard dance charts.

His song-writing and stellar performance abilities were recognized as he was invited to sing at the Declare Yourself Inaugural Ball for Barack Obama on January 18th, 2009 alongside a-list recording artists John Legend and Maroon 5.

After his time on American Idol, David has showcased his impressive soulful powerhouse vocals on popular talk shows such as The Ellen Show, The Today Show, MTV’s TRL, EXTRA, Access Hollywood, Entertainment Tonight and many more. His album “Kingdom: The Mixtape” and most recent EP “Don’t @ Me” are available on all digital platforms, including his newest single "ily" with over 118K views on YouTube. In September 2021, David completed his headlining 6 month residency in the Off-Broadway musical comedy “Naked Boys Singing”.

In David’s free time, he enjoys hiking, swimming, working out, and weight training. His philanthropy interests include The Trevor Project, Human Rights Campaign and GLAAD.

For as much as LAUV is known for intriguing and inventive soundscapes, the multi-Platinum chart-topping singer, songwriter, producer, and multi-instrumentalist asserts himself as a storyteller, first and foremost. His stories continue to enchant audiences everywhere by converting the magic around him into generational anthems. His new album All 4 Nothing shares a new chapter of music that celebrates the innocence of youth, untangles the complexities of adulthood and once again pushes the boundaries of pop. With over 11 billion streams, Multi-Platinum records and global top 10 radio charts to his name with hits like “I Like Me Better”, “i’m so tired” and “fuck, i’m lonely,” All 4 Nothing has his trademark blend of heartfelt, vulnerable, earworm pop millions know him for, while pushing the envelope with production that sonically challenges the listener. 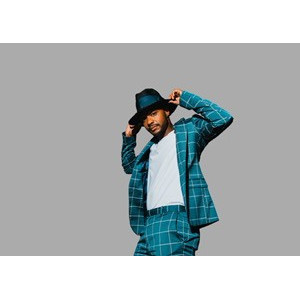 Black Is Golden blends throwback grooves with contemporary moves, nodding not only to Starks’ past — including his upbringing in Minneapolis, Minnesota, where he sang his first solos in church — but also the innovative sounds he discovered upon relocating to Nashville. Signing a record deal with Curb Records after just six months in town, he began releasing songs that celebrated love, life, and inclusivity, earning nearly 2 million streams for his debut single, 2019’s “Circles.” From there, his sound deepened to include tracks of justice and racial equality, all while maintaining his unique blend of vintage influences and progressive pop hooks.

Released in 2020, the EP Who I Am showcased an artist whose music is simultaneously personal and universal. One year later, Black is Golden continued that balancing track. The album is both a rallying cry for people of color and an inclusive call to the dance floor for all races, and its broad mix of music — including gospel ballads, rhythmic bangers, soul classics, and dazzling pop anthems — strengthens the album's central message of diversity.

Very few can ace an assignment like Devon Cole. While righting the lyrical wrongs of “Blurred Lines,” Cole’s remix went viral. To comfort a Love is Blind reality star post-onscreen heartbreak, Cole offered an “in awe” Deepti Vempati, an empowerment anthem. Even during her three-hour, Tuesday night set at a local Toronto watering hole, newfound fans clamored for original music. Soon, she’d deliver—the singer-songwriter’s 2021 alt-pop project, Party For One, accruing tastemaker approval and millions of streams in mere months. “If anybody, even one person, finds solace in my music, if it lifts them up even a little bit, then I will have done my job,” the 24-year-old says. “That’s all I can ask for.” [...] Read More

The secret to Cole’s CBC -acclaimed “ earworm pop with a feminist edge,” lies in her clinical approach to songwriting. The psychology graduate's Arista Records debut, “W.I.T.C.H” (“Woman in Total Control of Herself”) is the product of weeks of research: deep dives into the history of witchcraft, along with unending reruns of Sabrina the Teenage Witch. After Cole shared snippets of the funk-flavored, Trojan horse-esque track, “W.I.T.C.H” secured 300,000 pre-saves —quadrupling her following in the process. For a Calgary-native whose musical education mostly consisted of show choirs and rodeo appearances, Cole’s superior sonic instincts or sheer lyrical prowess is unprecedented. Catchily packaging social truths in repeat worthy pop bops, Devon Cole is a woman in total control — and always understands the assignment. 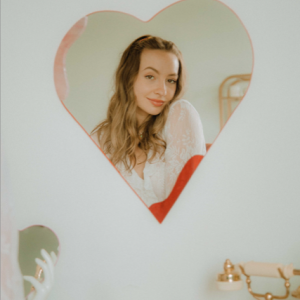 For New Rules, three guitars and three voices converge upon one stadium-size sound. The London-based trio—Alec McGarry [vocals, guitar], Nathan Lambert [vocals, guitar], and Ryan Meaney [vocals, guitar]— elevate pop to the rafters fueled by singer-songwriter soul, rock ‘n’ roll spirit, and a whole lot of personality. With Ryan from Ireland, Alec from Hertfordshire, and Nathan from Chelmsford, the boys initially met online, bonding over similar backgrounds playing music on street corners, uploading covers online, and penning original material. The musicians congregated in London and introduced New Rules with “Call It” and “Fix Somebody” during 2019. Beyond hitting the road with Julia Michaels, Little Mix, and Picture This, they sold out successive headline tours. Following the viral success of “Pasta” and “Emily,” they caught the attention of Elektra Records and signed to the label in 2021. Kicking off the next era, singles “Really Wanna Dance With You” and “Cheers” reeled in millions of streams. Entirely written and co-produced by the band, the 2022 name songs EP ignited a flurry of activity on TikTok. Meanwhile, they won over fans and critics alike, with Wonderland Magazine attesting the group is “set to become the next big thing,” all the while amassing tens of millions of streams, packing houses on tour, and earning global acclaim. After working on music at home together in London, New Rules level up again with the single “Go The Distance” and more to come.